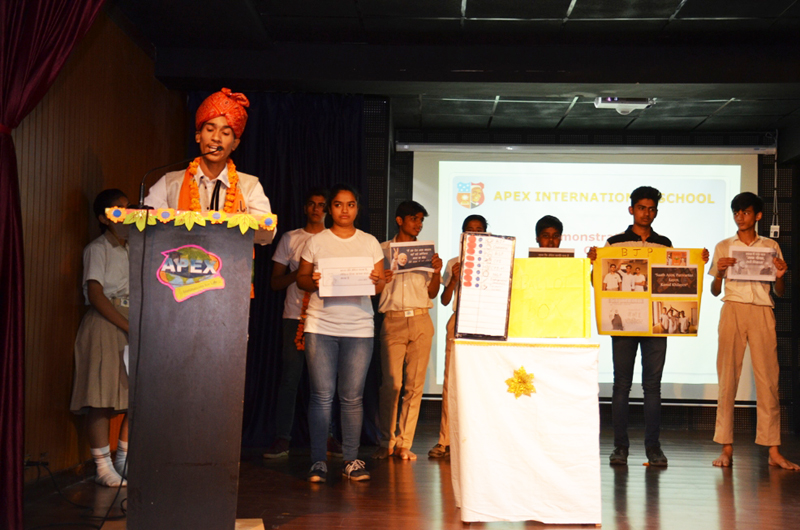 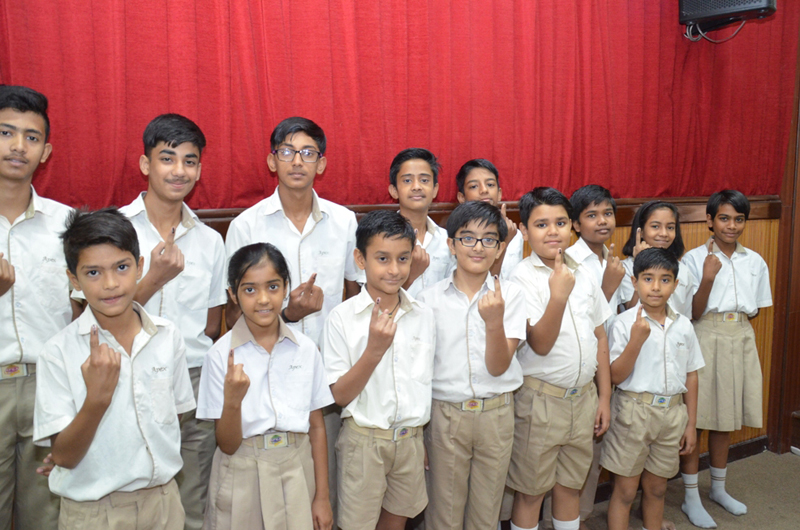 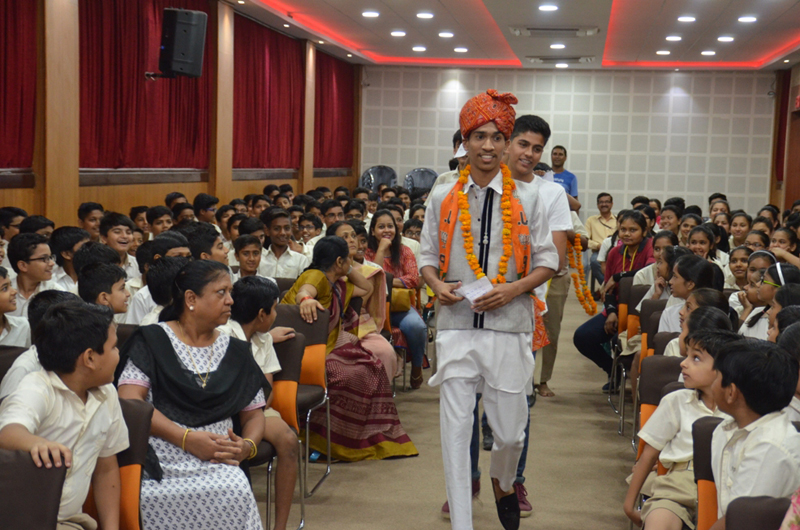 Election procedure was demonstrated in the auditorium of Apex International School, in which classes I to 12 th participated. It was started with the introductory speech in which importance of election in a country, and how and why elections are to be held is described to the students. Then, election procedure was demonstrated, candidates of different parties declared their manifestos during campaigning. Then students caste their votes to the candidates of their choice, votes were counted and results were announced by the Election Commission. To conclude with, it was explained to the students that every vote counts and is important, people should caste their vote to the wise person Who can run the country and government efficiently for next five years. Students were motivated to create awareness to vote amongst masses.