Campaign and Awareness About Solar Eclipse 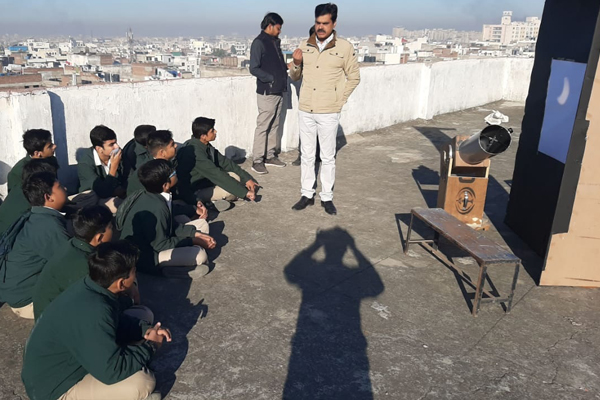 The one exclusive sign of thorough knowledge is the power of teaching. Proving such thought Apex International School gave a chance to the students and staff to understand an unusual celestial event of annular solar eclipse on 26th December,2019. The activity was done under the Astronomy Club of Apex International School’s campaign and awareness about the solar eclipse.

Emphasizing on the practical knowledge, the phenomenon of Solar Eclipse, which was seen by the students under a safe set up using anti reflecting specs and on the screen. The whole phenomenon was explained by PGT Physics Mr. Suresh Chaudhary. The activity focused on the experiential learning to students of class V – XII regarding occurrence of Solar Eclipse.